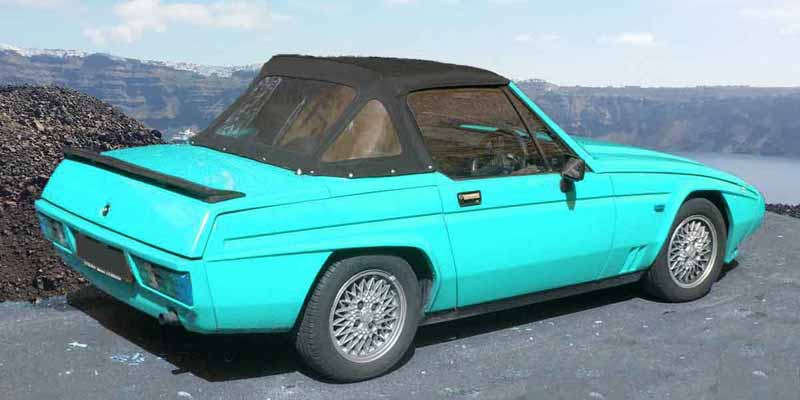 Back in 1984 there was a gap in the market for British sports cars, with the two seater Triumphs and MGs becoming just a fond memory. Reliant decided to fill this gap with another traditional two seater. Italian designer Giovanni Michelotti, one of the most prolific car designers in the world, was given the job of designing it.

Unfortunately Michelotti was by then a very sick man and sadly he died not long after his designs were finished. Whether it was this, or the subsequent interpretation of his designs by the Reliant engineers, that was responsible for producing one of the ugliest cars on the road, it's still a matter of debate.

On paper, the Reliant Scimitar SS1 should have been a top seller. The layout was traditional, with an engine at the front driving the rear wheels, a lightweight tubular chassis, and lots of parts from Ford and other popular manufacturers which made for plentiful spares and easy maintenance. There was a good choice of engines ranging from an economical 1.3 litre engine right up to a turbo powered 1800 TI with performance enough to satisfy the most demanding sports car aficionado. Handling was good. The price was right. Reliability was not an issue.

What was an issue was the car's appearance. To put it bluntly, it was plug ugly.

With unnecessary lines down the sides, large gaps in the panelling, pop-up headlights which looked frankly ridiculous, and a horrible squared off rear end, it was hardly the sort of car that a typical young man about town lusted after. And to be realistic, to the average sports car buyer of the era, looks meant everything.

The SS1 never really sold well but it staggered on for five years altogether, during which time a mere 1500 of them were sold. Then along came the Mazda MX5, a beautiful looking two seater which went on to become the best selling sports car of all times, and the SS1 was consigned, quite rightly, to history.