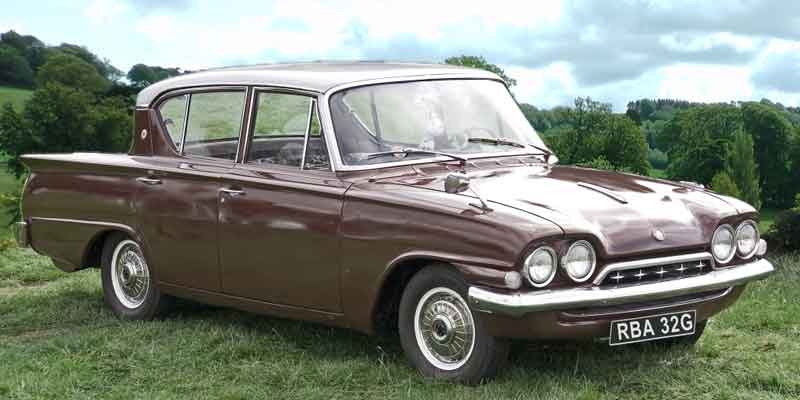 Back in 1961 the Ford management came to the conclusion that cars in the United Kingdom were boring. That meant they needed Americanising. Young people in Britain were looking at films and television programmes and seeing the 'glamorous' cars that people were driving around in the USA, and obviously they wanted the same!

The problem was; no. They didn't.

The Consul Classic came along with quadruple headlamps at the front, a tasteful row of chrome plated stars across the grill, a chopped back rear window, huge tailfins, whitewall tyres. Some of them even had two tone paint jobs! It was obvious to the Ford executives that we Brits would be queueing up to buy it. The problem was that most of us thought that it was a garish, vulgar, out of date design that we didn't really want to know about. That was despite the fact that most people were unaware that the designer was none other than Roy Brown, who designed that other disaster, the Edsel.

It wouldn't be so bad if the car was better than its predecessor; but it wasn't. The engine, ititially, was just a four cylinder 1340cc unit producing 54 brake horse power maximum; hardly earth shattering. All that styling was expensive to produce and this meant the selling price was expensive as well, at initially £744. Most people thought that this was far too expensive for a heavy, underpowered car with a top speed of just 78 mph, which crawled from nought to 60 in 22.5 seconds. In other words, the sole unique selling point of the Consul Classic was the US style design of the bodywork; and that received a pretty near universal thumbs down.

There was another problem with all these fancy curves on the bodywork; they provided more areas for rust to get a hold of and it wasn't long before many owners were complaining of their cars rotting from the inside out, usually beginning at the seams. Front wings, jacking points and floor pans were also highly prone to corrosion.

Trying to make a car into a fashion statement is all very well and good but fashions can change overnight, or even never catch on at all, as Ford's management soon found out. Perhaps car manufacturers should rely more on the design skills of their engineers, rather than those of fashion designers.

Just over 111,000 of these cars were built; a tiny number for Ford and hardly enough to pay for the necessary tooling. Finally the Cortina came along and the Consul Classic was mercifully killed off in July of 1964.